She married John Hall Lockhart b. John was a railroad switchman and yardmaster in Tucson when he met Della. They raised their son in Tucson, and Della died there on 18 May , survived by her husband, son, and five grandchildren. John Frank Lockhart, D. Louis, Missouri. He married his first wife in and returned to Tucson where he began his dental practice.


The couple had five children before they divorced in Sometime after that, Frank relocated to Willcox, Arizona, where he spent the rest of his life. He was survived by his second wife, two daughters, three sons, and nine grandchildren. Friday, September 13, Traveling the Oregon Trail. Apparently, I have made a grave mistake. Pun incidental About this time last year, I published a series of posts about the descendants of an Elizabeth Callen, who I believe to be the daughter of James Callin. Those posts only traced the descendants of Elizabeth's first daughter, Mary, but Elizabeth had five children, which means I owe you a few more posts.

In fact, as I've begun preparing these, I have discovered that this family is larger than I first thought, and putting their stories together has been taking longer than usual. This means I'll be giving you shorter posts spread out over a longer time, until we get caught up. She was 9 years old when her mother died, and she was 12 when her father moved the family to Fulton County, Indiana. Sarah married Henry Davidson — in that county on 22 April They had six children of their own, who we'll look at over the course of the next few weeks: I. Rebecca Lucretia Davidson — II.

Theodore Bruce Davidson — IV. Frances Mary Davidson — V. Samuel Thurston Davidson — VI. In the Henry and Sarah Davidson family was living in Newcastle, Fulton County, and by this time they had taken in Sarah's orphaned niece, who is listed in their household as "Sarah E Faroll" age 4. Based on research compiled by Stephanie Flora at oregonpioneers. Captained by John Ecles Murphy , the group consisted of family and friends, all members of the Christian Church aka Campbellites or Disciples of Christ.

According to Flora's site, "In April , a second migration of church members began the journey. Sarah and Henry lived out their days in Linn County. Henry died on 19 February and was buried in Pugh Cemetery in Shedd. Sarah lived in Lebanon until her death on 8 May , and she was buried with her husband. She would have been 10 years old when her family embarked on their journey to Oregon. After they married, Henderson and Lucretia farmed and raised livestock in Oregon and Washington Territory. But their youngest child, Claude Henry, was born in Oregon in , so it would seem they moved back to Linn County by that point.

Henderson died at the home of his daughter, Carrie, in Vancouver, Washington, on 31 December and was brought back to Oregon and buried with his wife. William and Sarah lived at Dallas in Polk County, where William served as a county sheriff from to and as a county judge from to They raised seven children together. In the couple moved back to Halsey. William married the widowed Winifred Snyder on 3 November in Halsey.

He died at his home in Halsey on 15 February at the age of He was buried with Sarah in the Pugh Cemetery. He was a life-long farmer who never married. By he was living in Calexico, California, where he worked as an engineer on the canals of the Imperial Valley's water company. He and Loreto Villa-Escusa — raised a family of five children: two daughters and three sons. Elbert George "Bari" Wells Jr. He was raised in Mexicali, Baja California, until his mid-twenties when he met and married his wife of 62 years.

He worked hard all of his life in many jobs, starting as a farmworker in the fields of the San Joaquin Valley with his father and brothers at the age of He then worked for Caltrans where he retired as the Brawley Yard Superintendent in Bari died on 4 February at his home in Oceanside, California, and he is survived by his wife, son, two daughters, and two granddaughters. In , George moved to Oceanside, California, with his parents, where George assisted his father as a caregiver until Bari's death in During this time, George also battled diabetes.

After his father's death, he moved back to Santa Barbara, where he died on 26 July She became a missionary to the Belgian Congo, where she assisted in establishing the mission station at Mondombe in When she was in America, she was a popular guest speaker in churches throughout the Midwest and Pacific Northwest. She married Emil J Helseth — on 16 September He was active in starting Keizer Christian Church, he was an elder emeritus of Garden Road Christian Church and a member of Salem Retread Organization, an association of people who served in both world wars.

Gladys and Emil died just a month apart in Salem; Gladys at home on 19 January and Emil on 11 February in a nursing home. They are buried in the City View Cemetery in Salem. They are survived by their two daughters, one of their three sons, 15 grandchildren and 13 great-grandchildren. At the risk of appearing to drag ugly partisan politics into my family history blog, there is an idea going around that I think it's important for genealogists and family historians to address.

It revolves around statements similar to this one: "I wouldn't say [person] is racist - unless by that you mean that they care about white identity. The concept of a person being "white" only exists in the context of race, and identifying as "white" - in other words, classifying yourself using race - is a literal expression of racism. Sorry, but that's how words work.

But what does that mean for those of us who "care about" our lineage, our heritage, and our genetic background? Can you care about those things and not be racist? First, we have to agree that there is no biological or scientific meaning behind the term "race. As the Human Genome Project put it, "two random individuals from any one group are almost as different [genetically] as any two random individuals from the entire world.

So, just to restate the tautology here: Classifying people by "races" as if a race were a distinct, definable thing is a racist practice. Racism is built into our society in ways that we can't ignore, and as historians, we are obligated to understand that and to address it in our research. Defining what a "race" is has always been elusive.

Complicating this further, people frequently confuse national identity or religion with race. Many people aren't aware that the Cherokee nation, for example, does not base its citizenship on race. Being Jewish can mean either that one is descended from ethnically Jewish people, or that one belongs to the Jewish faith - or both.

Being Muslim has nothing at all to do with race, but people frequently call out bigotry aimed at Muslim people as "racism. When you talk about "heritage," you're talking about things that are passed down to you from your ancestors. These can be physical things, of course, but can also be stories and ideas that you learn from and about previous generations.

Growing up hearing my grandfathers talk about their experiences in World War II, or reading my aunt's scrapbook about my great-great-grandparents taking a covered wagon from Kansas to the Arizona Territory - that's all part of my heritage. George Washington , helping escaped slaves flee north , or rescuing children captured in the conflicts between settlers and indigenous tribes - those stories are all part of our heritage.

Each of those stories helps us understand the people who came before us, and what their place was in the world as they knew it. I try to tell their stories without judgment and with as much accuracy as is possible, but I also have to acknowledge that they were human and that even though they're my family, they weren't automatically the "good guys" of their stories.

Had the Irish immigrant and American Revolutionary James Callin and the Hessian mercenary Leopold Zindle met on the battlefield, which one would have been the "good guy"? When the Callin girl or girls were carried off by Indian warriors, was it because our settler ancestors had moved farther west than they were supposed to I really don't know the answer, though I am always on the lookout for evidence that could tell me. 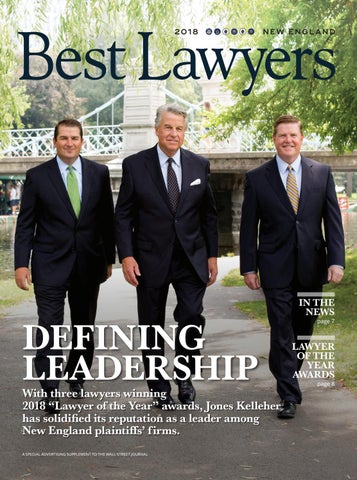 Race and racism are factors in all of those stories. How my ancestors saw people stolen from Africa, or how they treated native Americans or even how they treated each other as people of a different race is part of my heritage. Part of my task as a historian is to understand how they saw their world, and that means making their definitions part of their story.

That is what I mean when I talk about preserving their stories. But that is a far different thing from accepting their views as right or keeping their views as my own. For me, even though so far all of my proven ancestors came from populations that originated in northern Europe, I see them all as being too diverse to pigeon-hole into something as bland as simply "being white.

I don't betray them by not being exactly like them - it would be impossible for me to "honor my heritage" that way, anyway. If I still practiced the religion of one set of 5th-great grandparents, I would be abandoning the very different practices of the other sets, after all - and remember, these were people who burned each other at the stake for practicing different religions. Even though I don't practice a religion, I speak different languages than they did, I wear very different clothes, know few crafts, and practice a trade that didn't exist for them, and wouldn't presume to kiss and tell - I still care about my heritage.

I still preserve their memories and their points of view as best as I can, while acknowledging their mistakes and their failures. So, can I be interested in preserving my heritage and not be a racist? In my view, racism has no place in family history, other than as something that should be studied and understood as an outdated and dangerous part of our past - like cholera, Great Fires , or the Gold standard. Labels: essay. Friday, August 30, Watts Cooking. This week we will look at the second group of descendants of Lark Robinson Cook. I have not been able to find records that might tell her story more accurately, but a lot happened to Etta between and There is a Walter Waring listed as living in Barton County, Missouri, in , and he was divorced and living in with his sister and brother-in-law in Moniteau County, Missouri in ; he was married to someone else and living in Coal, Vernon County, Missouri, in Without more information, there is no way to conclude whether he is the same Walter Waring or rule him out as the father of Etta's three eldest children.